There’s a monster storm off of the coast of SC named Florence. Ironically, we grew up in Florence, SC and it looks like Florence (and a lot of other places) will be affected by Florence. Let’s all just cross our fingers and say a few prayers that it turns out to be not as bad as it looks. I know the lower part of the state has been a bit dry, maybe this will just bring water -not too much- and let’s sincerely hope no one gets hurt.

Up here in the upstate we are likely to see the bands of rain as they come around, hopefully just the right amount of rain and none of it come game time (or while folks are viewing our listings) on Saturday as the Clemson Tigers prepare for Georgia Southern (how about you guys work on covering the middle of the field?). We had a great time visiting Texas A&M and what a great group of fans. We felt welcome the entire time and folks were actually thanking us for coming!

The good news is we were still able to conduct business with the miracle of cell phones and Logmein whilst also watching the game in person, mind you. Over the past week we closed one lot and had several tours of our listings. Hopefully at least a couple of those tours will turn into offers. We’ll see.

We’re back at it this week, look for a new video update below (a little late but it’s been a fun and busy month!).

29 Essential Tips That Get Homes Sold Fast (And For Top Dollar)
Tip #19, Know your buyer.
In the negotiation process, your objective is to control the pace and set the duration. And the better yoyu know your buyer, the more easily you can maintain control.
As a rule, buyers want the best property they can afford for the least amount of money. But knowing specifically what motivates your buyer enables you to negotiate more effectively. Maybe your buyer needs to move quickly. Or the maximum amount he can spend is just a little below your asking price. Knowing this information puts you in a better bargaining position.
Check out the Lake Keowee Real Estate numbers for the year
Absorption Houses and Lots September 2018
Year End Numbers 9 1 18
Lake Keowee Area News Corner
Economist points to SC, Oconee growth
Economist points to SC Oconee growth

The economic outlook in SC and Oconee County in particular – looks good for the near future, according to Clemson economist Bruce Yandle.

By Greg Oliver – CLEMSON – The economic outlook in South Carolina – and Oconee County in particular – looks good for the near future, according to economist Bruce Yandle.

Yandle, a professor emeritus of economics at Clemson University and a distinguished adjunct fellow in economics at the Mercatus Center at George Mason University, said the stat’s leading economic indicators are produced by the Federal Reserve Bank of Philadelphia. In it’s report on the states, released Wednesday, Yandle said South Carolina “ranks in the ‘top tier’ as far as growth six months from now.” 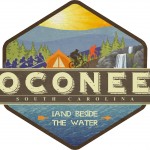 Oconee County taxpayers will see less of a tax increase than originally anticipated to fund county government for the 2018 19 fiscal year.

By Caitlin Herrington – WALHALLA – Oconee County taxpayers will see less of a tax increase than originally anticipated to fund county government for the 2018 19 fiscal year.

Oconee County Council voted unanimously Tuesday night to approve a 1.7-mill tax increase, down from an estimated 3.3-mill increase proposed when the fiscal year budget was approved in June.