But since it’s March around Lake Keowee (and everywhere else, for that matter) I guess March showers will bring April flowers or April flowers correlate to March showers? Which begs the question, is any of it relevant? If it is or if it ain’t, we’re still working hard to sell acres of Lake Keowee real estate despite. The rain we are currently experiencing (and it looks like there will be quite a bit of it) can kick rocks.

We’d planned on getting a house or two on the market along with a lot or two, but we can’t fly a drone in the rain and most folks don’t like to see photos and videos of houses during a rain event (not presenting the properties best side). This weather hasn’t kept us from putting some properties under contract, however. We’ve been able to put 5 Lake Keowee lots and a house under contract over the past week. That’s doing some business with your rain hat on! (Full disclosure: it wasn’t raining for most of those, the deluge began just yesterday)

So far this year we’ve been able to beat the bushes to come up with enough listings to keep firing on all cylinders. Hopefully, we can keep that up, but it will be difficult without your help. If you’ve been thinking about getting your property on the market, now is a great time. We’d be happy to give you an idea of value as well as letting you know what might be needed to get it ready!
Squeezing Every Last Dollar From Your Home Sale
Home improvement “don’ts”
There are several things you can do that can actually lower the value of your home or make it more difficult to sell. Here are a few rules to keep in mind:
Don’t plan on moving soon if you’re spending a lot
You probably won’t recoup your investment if you plan to move in less than two years. If you plan to move sooner, spend less money and focus your efforts on the most egregious problems. For example, turn a bad kitchen into a decent one rather than a chef’s kitchen.
More next week….
Check out the Lake Keowee Real Estate numbers for the year
Absorption Houses and Lots February 2021
Year End Numbers 2 28 21 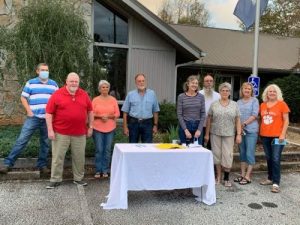 Salem Mayor Lynn Towe, middle, stands with town officials and members of the Eagles Nest Art Center after a lease agreement signing in November. (Special to The Journal) 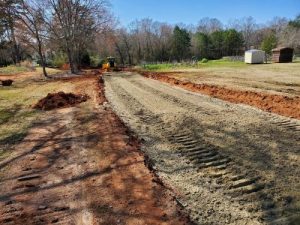 The first section of the Green Crescent Trail will consist of a quarter-mile, hard-surface loop around the perimeter of Clemson Park. Special to The Journal