And all around Lake Keowee lots of creatures are stirring, most notably buyers and sellers. Yes, it’s true people are out looking at property, even this time of year. Not surprisingly, this week and the week of Thanksgiving are two of the best weeks of the winter! Hopefully we will get at least our fair share of the business (more would be better – is that a bad thing to hope for during this season of giving?) and I believe we’ve already begun as we put a nice waterfront Lake Keowee home under contract yesterday and hope to have another under contract by the end of the week. We’ve also seen a nice spike in the views of our homes and lot listings. More contracts to come so stay tuned, sports fans!

The bad news is after this week and next we hit the real down time for business, though if the last few years are any indication “down” will be relative. January, February and March have been much better than they were from 2009 to 2013. Although the economy is showing a few kinks in the armor we probably won’t see a full-fledged recession around Lake Keowee for a little while. Hopefully, it won’t be as bad as the great recession. Either way, we try and take a page from our Grandparents book and always live within our means.

Hope you guys have a very merry time leading up to Christmas and we’ll talk to you next week!

29 Essential Tips That Get Homes Sold Fast (And For Top Dollar)
CAN YOU BELIEVE WE MADE IT ALL THE WAY TO 29!
Tip #29, Don’t deviate from the contract.
Resist the temptation to diverge from the contract. For example, if the buyer requests a move-in prior to closing, just say no. Now is not the time to take any chances of the deal falling through.
It all sounds like a lot of work, it is. But it’s to be expected when you’re selling anything of such great value. And you’ll thank yourself for all the expense and hard work when the outcome works to your satisfaction.
Check out the Lake Keowee Real Estate numbers for the year
Year End Numbers 12 1 18
Absorption Houses and Lots November 2018
Lake Keowee Area News Corner
Developer plans 235 patio homes for retirees
Developer plans 235 patio homes for retirees 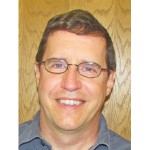 A new development could be coming to an area of undeveloped property off South cove Road, on Lake Keowee in Seneca that would include 235 patio homes for retires 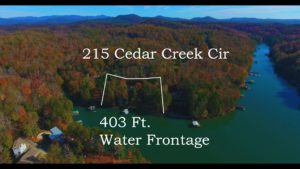 SENECA – New requirements created by state legislation will affect local homeowners associations, according to attorney Andrew Smith, who spoke at a recent workshop hosted by the Mountain Lakes Community Association…

By Jason Evans – WALHALLA – The city of Walhalla is entering into a water intake facility easement and withdrawal agreement with DUke Energy Carolinas LLC in connection with the city’s new water treatment plant. 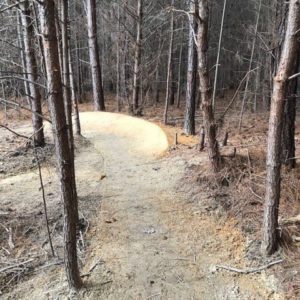 By the time of the completion of the project’s second phase, the Stumphouse Mountain Bike Park will total 10 miles.